The United States Senate Committee on Intelligence convened on September 5 to review the practices of internet platform companies, especially as they relate to protecting against any further election interference. What was notable was who refused to participate: the alpha dog of the internet—Google.

Over 60 percent of all U.S.-originated search queries come through Google. Google’s Android operating system is used by 85 percent of the world’s smartphones, giving the company unprecedented access to consumers and their information. Google’s YouTube reaches more 18-49 year-olds than any broadcast or cable television network. A Wall Street Journal investigation discovered that YouTube “often recommends divisive or misleading material.”

Yet the company chose to be represented at the hearing by an empty chair, rather than accept the committee’s invitation to send the CEO of parent Alphabet, Inc. or the CEO of Google itself. While the COO of Facebook and CEO of Twitter actually filled chairs at the witness table, answering questions and working with the senators in search of solutions, Google stood on the sidelines. Instead of an open back-and-forth that would educate both the senators and the public, Google determined that written testimony from their general counsel was sufficient.

“This is a hearing that’s going to talk about solutions,” the committee’s ranking member Sen. Mark Warner (D-VA) told Wired. “I think it speaks volumes that Google doesn’t want to be part of that discussion.” During the hearing, Sen. Marco Rubio (R-FL) wondered aloud if Google’s absence was “because they are arrogant.”

As someone who represented emerging industries in Washington for decades and went on to become a regulator, Google’s decision not to be part of the discussion is a strategic mistake of virtually incalculable proportions for both themselves as well as the Silicon Valley companies they have come to represent. When the Congress of the United States decides to inquire into your activities, the choice is simple: you can either be at the table and meaningfully engaged, or you can be on the table as your business practices are dissected by others.

The reality for Google—and for other Silicon Valley companies—is that the good old days of the public and policy makers standing in awe of what they built is over. The motto, “Move fast and break things” has done just that: broken things. The public is looking for answers, and thus the Congress is looking for answers.

Google’s absence seemed to reinforce the standard answer from those opposed to government oversight of the most important network of the 21st century: that it would mean the end of Silicon Valley’s “permissionless innovation.” When I used to testify before Congress, a constant refrain was that that regulation must not destroy the magic of internet innovators.

“Modern technology platforms such as Google, Facebook, Amazon and Apple are even more powerful than most people realize,” Eric Schmidt wrote when he was Executive Chairman of Google.[1] He is right, and the public and their representatives are beginning to understand the extent of that power. According to one poll, 53 percent of Americans support regulation of the internet’s major platforms in a manner similar to the regulation of big banks.

There is a window of opportunity to effectively engage with the Congress. Stonewalling is not a strategy for such engagement. Clearly, Facebook and Twitter have determined to seize the opportunity for such dialog. Whatever the rationale behind Google’s absence, it was a huge mistake not to engage with the Congress of the United States. Continued evasion can only have negative consequences, not just for Google, but also for the companies they have come to represent.

Google, Facebook, Amazon, and Apple are donors to the Brookings Institution. The findings, interpretations, and conclusions posted in this piece are solely those of the author and not influenced by any donation. 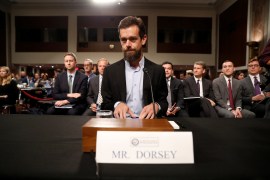 Five Web Development Considerations That Make for a Better Website

Angular Universal: What you need to know for SEO

Make a Space That Tells Your Story, a Guide to Creating Your Online Portfolio

5 Things I Always Carry With Me While Backpacking

7 Reasons Why You Need a Conversion Rate Optimization Strategy for Your Mobile...

Market Your Product Aaron Rudd - May 3, 2020
0
One of the primary reasons why businesses invest in developing mobile apps for their brands is to achieve more reach within the...

What to Do After an Accidental Medicine Poisoning

Health Susan Melony - April 21, 2020
0
Did you know that 6,000 children are treated for accidental poisonings every year? Prescription medications are important for helping you deal...

5 Things I Always Carry With Me While Backpacking

7 Reasons Why You Need a Conversion Rate Optimization Strategy...

What to Do After an Accidental Medicine Poisoning